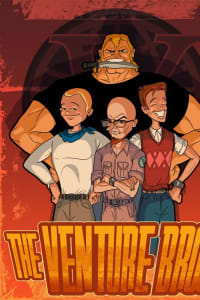 The Venture Bros. is an American animated television series which is considered to be an action/adventure series that mixes comedy and drama. Season 2 begins with the Monarch dealing with life “inside” but you can’t keep a good criminal mastermind down. But will King Gorilla prove to be his greatest ally, or his worst betrayer?