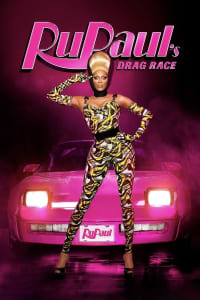 This season features the largest cast in the show’s history, with sixteen queens competing and the largest cash prize, with the winner earning $200,000. It is also the first season to feature biological relatives, twins Sugar and Spice. Series judges Michelle Visage, Carson Kressley, and Ross Mathews returned, and Ts Madison, who had previously appeared as a recurring guest judge, joined the rotating judges panel.

RuPaul's Drag Race Down Under - Season 2