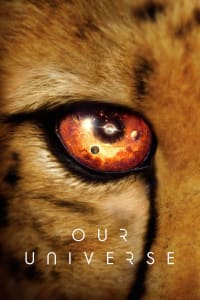 From BBC Studios and narrated by Academy Award-winner Morgan Freeman, comes this unprecedented six-part series, an epic tale 13.8 billion years in the making. Blending stunning wildlife footage with eye-popping cosmic special effects, it takes viewers on a fascinating adventure to explore the connections that drive our natural world. From the birth of the Sun to the birth of a sea turtle, Our Universe uses groundbreaking animation to dramatize the spectacular celestial forces that generated our solar system, while modern camera and CGI technology bring the audience up close and personal with some of the most iconic, charismatic animals on Earth.

The Story of God with Morgan Freeman - Season 3

Deep in the Heart of Texas: Dave Chappelle Live at Austin City Limits

The Lion of the Desert

Iron Cross: The Road to Normandy