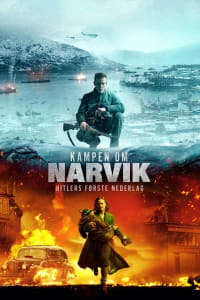 April, 1940. The eyes of the world are on Narvik, a small town in northern Norway, a source of the iron ore needed for Hitler’s war machine. Through two months of fierce winter warfare, the German leader is dealt with his first defeat.

Munich: The Edge of War

Iron Cross: The Road to Normandy