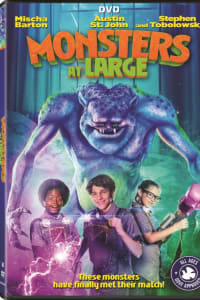 Alex decides to end his kid brother’s nightmares by forming a task force to take care of imaginary monsters. The squad are quite successful at first, but they eventually encounter a massive creature that’s actually a real monster.

A Ring of Endless Light