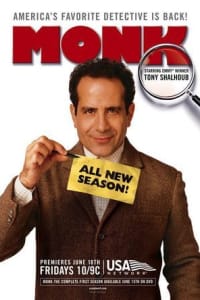 Monk - Season 1 is a Comedy, Crime, Drama TV Series whose creator is Andy Breckman. It was released on 12 Jul. 2002. It stars Tony Shalhoub, Jason Gray-Stanford, Ted Levine. The season begins with: A former San Francisco police detective suffering from an extreme case of obsessive-compulsive disorder is called in to investigate an apparent assassination attempt of a mayoral candidate in which one of his bodyguards is killed…