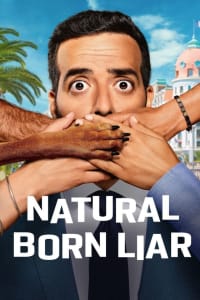 Jerome, 35, is a yacht salesman in Nice. But if you listen to him, in his spare time Jerome is also an astronaut, a karate world champion and a close friend of Miss Universe. As a matter of fact Jerome is a compulsive liar: he lies to everyone about everything! No one believes him, but that doesn’t prevent him from accumulating more lies. But one day Jerome wakes up to find out that all his lies have come true… and it’s just the beginning of the troubles

Shark Side of the Moon