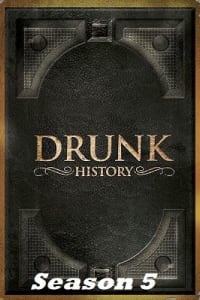 Drunk History is an American television comedy series produced by Comedy Central, based on the Funny or Die web series created by Derek Waters and Jeremy Konner in 2007. In each episode, an inebriated narrator, who is played by a comedian joined by host Waters, struggles to recount an event from history, while actors enact the narrator’s anecdotes and also lip sync the dialogue. On January 13, 2017, Comedy Central renewed the show for a fifth season and it is said to be released on January 23, 2018.

Donald Trumps The Art of the Deal The Movie

Dolemite Is My Name

Bill Tilghman and the Outlaws