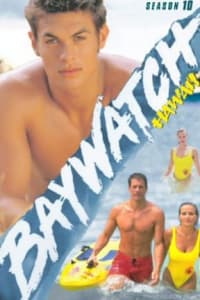 In the tenth season of Baywatch aired from 1999-2000, as the first season of Baywatch Hawaii and was shot in Hawaii as it’s new location, Mitch Buchannon formed a new team of lifeguards including new characters such as Sean Monroe, Kekoa Tanaka, Jason Ioane and Dawn Masterton with Jessie Owens, J.D. Darius and Allie Reese joining the team. It also marked the debut of new femme fatale Jenna Avid.