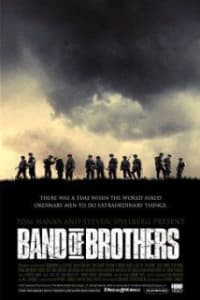 Band of Brothers is a television series about soldiers in Division 101 of the American paratroopers in World War 2, from the Normandy landings with parachutes down, France, Operation Market Garden to the Battle of Bastogne and ending the war in Germany.

A Lesson in Romance

Queen of the Desert

A Far Off Place